Details  An early yellow cob corn that Richard has select for the number of cobs per plant,the size of the cobs, and the earliest plants that produce ripe seed.Botanical name  Zea mays indenataPrice per packet  $4.00Packet contents  approx 50Grower name  Richard Watson
Only 2 in stock Add to OrderView More

Details  The original kascade korn plants commenced life here in Scargill, in the early 80s.They grow well in our climate and under our organic regime. They are open pollinated, offering the advantage of you being able to reproduce your own seed for subsequent seasons. They are not as sweet as the super sweet types that people have got used to, but are delicious and very sustaining.Botanical name  Zea MaysPrice per packet  $4.00Packet contents  50 seedsGrower name  Nev&Sue Sinclair
Add to Order

Details  The maize Sola is the name given to it by Nev, is was derived from an old maize that was commercially available back in the early 1970s when he first began growing it. Both Sue and Nev have a long history together, as plant and grower. It has changed during that lengthy association and now looks as if the sun is shining out of it. They use it principally in ground form for making what we regard as a very sustaining porridge (cooked with milk); rich and filling. Customers have also used it to create polenta and it seems to perform well used this way.

Although the seed from which the original crop was grown from was possibly a hybrid (even back then) it is no longer so, and reliably produces consistent crops.

Details  USA farmer Carl Barnes, isolated types of corn from his Native American ancestors, he then saved and replanted seeds from particularly colourful cobs. A neighbouring farmer then started growing larger crops corn developed  new strains with more vibrant colours and patterns. Can be used as a popping corn, as well eaten as a sweet corn when in the 'milk' stage of development.Botanical name  Zea MaysPrice per packet  $4.00Packet contents  50Grower name  Minette Tonoli
Only 6 in stock Add to Order

Details  Gifted to Richard from a long grower. Billard maize produces mainly a double row cob of larger kennels on a long cob. Plants grow to about 2m tall and generally produce one cob per plant, some plants can produce two but these cobs tend to be smaller. For grinding the size of these kennels can be too large for some grindersBotanical name  Zea maysPrice per packet  $4.00Packet contents  50Grower name  Richard watson
Only 2 in stock Add to Order 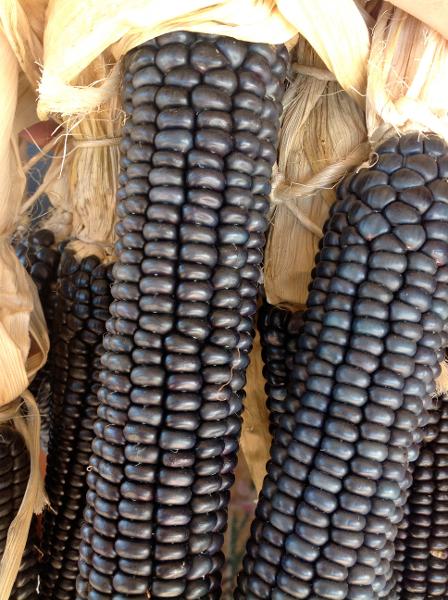